Engineering project for students in grades 8-12

In August of 2019, a bunch of middle school and high school students associated with the Caltech Postdoctoral Association, STEM for Families program started working on a high altitude balloon project. In this endeavor, they were mentored by Ashish Goel, who is a Research Technologist at JPL and has worked on numerous balloon launches in the past, as a member of Night Crew Labs. After an introduction to high altitude balloons, the team got together and brainstormed several ideas to define the goal of the balloon mission. While we discussed several interesting ideas such as launching tardigrades, measuring the pollution levels in the atmosphere and launching a series of nested balloons to make them reach higher altitudes, we settled on the idea of launching a 360 camera on an active gimbal to see how successful such gimbals are in stabilizing the video on a balloon platform.

In addition to the gimbal (Moza Guru 360) mounted GoPro Fusion 360 camera, we decided to add a GoPro Session camera and a smartphone to take some reference images. In order to recover the payload after it lands, we procured a SPOT Trace and GARMIN Inreach trackers. The various cameras were tested under various video settings, with and without an external battery to find the best conditions under which the payload must be flown to maximize the survival of the payload under the harsh conditions of the upper atmosphere. This guaranteed that the cameras would not switch off prematurely due to overheating and that the SD cards would have sufficient memory to store all the data. 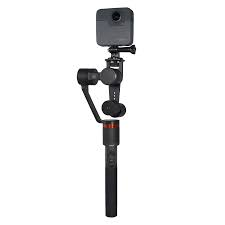 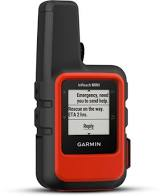 The results from the Trajectory modelling efforts suggested that the balloon was likely to move generally in the South East direction from its launch site. Since the region surrounding Los Angeles is quite crowded, we decided to drive out to a region close to the edge of the Mojave desert and picked a launch site in a small city park. Once all the payload components and recovery devices were procured and tested, the mechanical team assembled them in a styrofoam box. Having also procured the balloon, parachute, radar reflector and helium, we were now ready for launch!

Fig 1. Predicted trajectory of the balloon

On the launch day, the operations went very smoothly. The balloon was launched close to 10 am PST. It reached a maximum altitude of 94,000 ft and after a couple of hours, payload landed on a dirt road about 30 miles from the launch site. We had regular tracking data from the Garmin Inreach throughout the mission. Upon reaching the landing site, we noticed that the gimbal had broken upon impact. This was expected since it was suspended below the styrofoam box without any padding. But all other components were still operational and in good condition.

Upon returning back to Caltech, we analyzed the footage from the 3 cameras and the results were quite incredible, especially from the 360 camera. If you check out any portion of the video after the launch, you will see that everything is extremely stable. If you tilt the video up towards the balloon, you will see how wildly the box is spinning while the video remains perfectly stable.

After the balloon burst, the payload starts falling rapidly. From the video, we can see that the parachute does deploy fully but there isn't much atmosphere at the high altitudes to slow down the payload significantly. The payload experiences its lowest temperatures during this phase and might have caused the camera to shut down. While we did add hand-warmers to keep the GoPro Session, smartphone and the recovery devices warm, we could not add one to the 360 camera since that would block the view of the camera. We also couldn't connect the 360 camera to an external battery since the action of the gimbal would cause the wires to get twisted. So we were glad to see that all the cameras were able to collect videos all the way from launch to the balloon burst. In fact, the smartphone and the GoPro Session even recorded the landing and recovery of the payload. It was very rewarding to see the views of Southern California, all the way up to the Channel islands and beyond!

A big thank you to all the parents who helped out.